Full Name
Joe Glauber
Job Title
Senior Research Fellow
Company
International Food Policy Research Institute
Speaker Bio
Joe Glauber is a Senior Research Fellow at the International Food Policy Research Institute in Washington, DC where his areas of interest are price volatility, global grain reserves, crop insurance and trade. Prior to joining IFPRI, Glauber spent over 30 years at the U.S. Department of Agriculture including as Chief Economist from 2008 to 2014. As Chief Economist, he was responsible for the Department’s agricultural forecasts and projections, oversaw climate, energy and regulatory issues, and served as Chairman of the Board of Directors of the Federal Crop Insurance Corporation.

From 2007-2009, Glauber was the Special Doha Agricultural Envoy at the office of the U.S. Trade Representative where he served as chief agricultural negotiator in the Doha talks. He served as economic adviser at the so-called Blair House agreements leading to the completion of the Uruguay Round negotiations. He is the author of numerous studies on crop insurance, disaster policy and U.S. farm policy.

Dr. Glauber received his Ph.D. in agricultural economics from the University of Wisconsin in 1984 and holds an AB in anthropology from the University of Chicago. In 2012, he was elected Fellow of the Agricultural and Applied Economics Association.
Speaking At
Session Three: Asia/Pacific Perspectives
Welcome + Session Four: Trade Policy Expert Outlook - Climate Actions and Trade (USMCA) 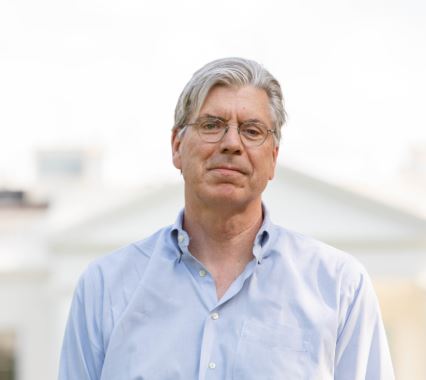